Gold flies off the shelves

The difficult situation in the world economy has led to an unprecedented “appetite” for precious metals, in particular, gold, all over the world. Mints and refineries* do their very best to meet the increased demand.

To understand the extent of world's population concern over their Financial Security, just look at the latest data on sales of precious metals.

The Royal Canadian Mint reports that it has sold 60% more gold in the first quarter of 2020 than in the same period last year. 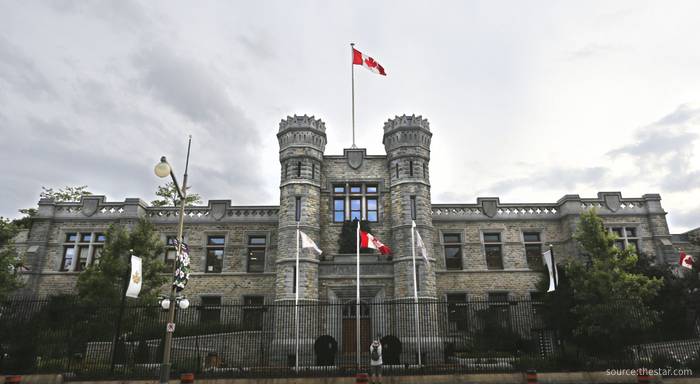 In the photo: the Royal Canadian Mint in Ottawa

April was a highly successful month for the Perth Mint, where the sales of the precious metal increased by 134% compared to April 2019. In total, the mint sold 120,000 ounces of gold for $340 million.

In the UK, The Royal Mint reports that sales of coins and bullion have surged by 487% compared with April-May 2019.

Swiss refineries were forced to cease operation because of the coronavirus but have already resumed their work and now are barely keeping up with the growing consumer demand. In April, gold exports from Switzerland to the United States reached 111.7 tons. This is a record high — typically Swiss gold exports to the United States are less than a ton. Alpine state refineries process nearly 1,500 tons of the yellow metal annually — a third of the global processing volumes.

There is reason to believe that the demand for gold will continue to rise, as the crisis is likely to become protracted. According to the forecasts of the World Bank*, the global economy will shrink by 5.2% this year. In such conditions, the valuable metal becomes a key tool of Financial Security for countries, business structures and ordinary citizens.

Goldman Sachs analysts believe that gold has a good chance of reaching a price level of $2,000 per ounce over the next 12 months.

Gold has repeatedly proved its reliability during crises. Today, storm clouds have gathered over the global economy again, while the precious metal is becoming a lifesaver for millions of people.

*Refinery — an enterprise where impurities are removed from precious metals.

*The World Bank — an international financial organization that provides financial and technical assistance to developing countries.

Rate this article:
Gold News
You May Also Like:
[VIDEO] What did little Luciano dream about, and where did it all lead to?
Your secret motivation checklist
Gold vs Sanctions
RELATED NEWS
The unquenchable thirst for gold in the Middle East
Another country has entrusted its economic future to the precious metal.
Is the race for cosmic gold starting this year?
Humanity is ready to take a step towards the exploration of gold deposits outside the Earth.
Asian giant against the crisis: what do people in China think of gold?
What do the latest data from the mighty Eastern power say?
Prospects of gold: a breather before a new leap?
Should we expect the conquest of new frontiers?
Nigeria creates a “gold springboard” for its economic leap
The precious metal as the foundation of the nation’s well-being.
Turkey builds gold muscles
The country’s policy towards the precious metal speaks volumes.
Egypt’s fascination with possibilities of gold
The people of Egypt have taken a fresh look at the precious metal.
Billionaires enter the battle for gold
The gold industry is in the spotlight.
Bankers: gold is the top asset of 2020
The grand successes of the noble metal astonished the whole world.
Where gold is heading to: expert opinions
A significant psychological barrier has been overcome. What’s next?
Take the test
and find out if you are exposed to the Lack of Financial Security virus.
Register on the platform to receive the test.