While world leaders seek ways to overcome the difficulties caused by the coronavirus pandemic, gold continues to gain financial victories. The price of the yellow metal exceeded $1,700 per ounce, reaching a record high over the past 7.5 years.

Many experts agree that gold can repeat and even surpass the achievements of 2009-2012, when the financial crisis hit in the world. It should be recalled that in those years, the price of the precious metal rose to almost $2,000 per ounce.

The fact that new records could be expected from gold was discussed after the US Fed* had announced a new program to support American business. The plan provides for an additional injection of $2.3 trillion into the country's economy. The US government is forced to take risks: a large influx of unbacked money can lead to its devaluation*. A weakening dollar will give gold a powerful impetus for further growth.

Peter Grosskopf, CEO of the investment company Sprott, notes that the gold market has a bright future in conditions of unprecedented uncertainty in the global economy.

“All the technicals show that the uptrend of the yellow metal will be maintained in the short, medium and long term. We expect to see prices over $2,000 per ounce by sometime early next year,” the expert said. 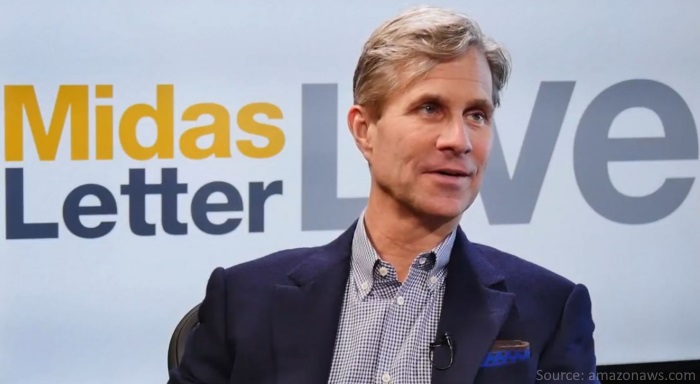 In the photo: Peter Grosskopf, a specialist with 30 years of experience in the field of finance, believes that a bright future awaits gold.

What is happening today proves that gold remains the best means to counter the crisis and ensure Financial Security. In peaceful times, the importance of the yellow metal is often underestimated. However, as soon as the next cataclysms begin to shake up the economy, the world community turns to gold and its price soars, and then the winner is the one who prepared reserves of the precious metal in advance.

*Devaluation — the depreciation of the national currency with respect to a foreign reference currency or currency basket.

Rate this article:
Gold News
You May Also Like:
Your secret motivation checklist
[VIDEO] What did little Luciano dream about, and where did it all lead to?
The New Victory of Gold: Russia
RELATED NEWS
Prospects of gold: a breather before a new leap?
Should we expect the conquest of new frontiers?
Nigeria creates a “gold springboard” for its economic leap
The precious metal as the foundation of the nation’s well-being.
Turkey builds gold muscles
The country’s policy towards the precious metal speaks volumes.
Egypt’s fascination with possibilities of gold
The people of Egypt have taken a fresh look at the precious metal.
Billionaires enter the battle for gold
The gold industry is in the spotlight.
Bankers: gold is the top asset of 2020
The grand successes of the noble metal astonished the whole world.
Where gold is heading to: expert opinions
A significant psychological barrier has been overcome. What’s next?
Gold is unstoppable: a new historical record!
The yellow metal has reached the top of the “financial Everest”.
Scientists: gold is more valuable than many people think
It can save not only finances, but also lives.
Gold is striving forward: another milestone has been reached!
The main defensive asset proves its superiority once again.
Take the test
and find out if you are exposed to the Lack of Financial Security virus.
Register on the platform to receive the test.