8 misconceptions about gold most people believe to be true 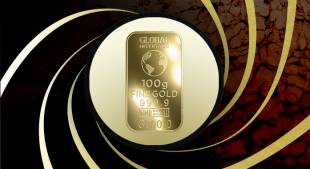 Humanity has known gold for thousands of years, proliferating various myths. Nowadays, no one believes that gold is a piece of the sun, however the old misconceptions have been replaced with the new ones that have been circulating in the media, on the Internet, in conversations with friends. Prejudice often prevents people from seizing all the opportunities that the noble metal can offer.

Let's see whether these eight modern myths about gold are true or not.

1. Gold is no longer a part of the global financial system

If this was the case, the leading powers would not stock up their reserves with gold, gold would not be traded on the stock exchange and would never in a million years constitute a significant part of the IMF* fund.

2. Gold is not a currency

Every currency has its own designation code. According to the international standard ISO 4217, gold is assigned an individual currency code XAU (Gold Ounce). The combination of the letters "AU" in the code means "Aurum" (gold), and the letter "X" indicates the absence of the country that issues and controls this currency. The independence of gold gives it a number of advantages over other currencies, helping to avoid the risks associated with national banks and political factors.

3. Gold is outdated and has lost its importance

The central banks of most countries of the world and billionaires who buy the precious metal in tons won’t agree with such a statement. An “unimportant” asset won’t be kept in a high-tech storage capable of withstanding a nuclear strike. In the photo: the largest gold bullion depository in the US with more than 4000 tons of gold – Fort Knox.

4. Gold is harmful to health

There is a popular misconception that gold oxidizes over time and releases harmful chemicals. In fact, gold is not susceptible to oxidation – it is resistant to the changing external environment and does no harm. On the contrary, the healing properties of gold allow it to be used for the treatment of malignant tumors, skin diseases, tuberculosis and other ailments.

5. Gold is just a piece of metal with an exaggerated value

As history shows, in times of need, gold can be exchanged for any commodity. The value of the yellow metal is attributable to the culture, traditions and special attitude shared by most people all over the world. In times of upheaval, people who owned gold were always winners and could go through the rough patches with minimal losses.

6. Gold is merely an accessory

Gold is widely used not only in the jewelry industry, but also in many other areas, like electronics, medicine, telecommunications, automotive industry, aviation and space technology. Most importantly: gold is a key element of the economic system, a reserve asset and the foundation of Financial Security for countries and nations. In the photo: the main parts of the spacecraft are covered with gold foil that serves as a protection from solar radiation.

7. Transportation of gold is problematic

In the 21st century, it is no longer required to transfer physical assets from one place to another for the mutual settlement of payments. Financial operations are conducted via international banking systems and databases (like SWIFT, SEPA), containing information about the new owner of gold, while the metal itself may remain untouched.

8. Acquisition of gold is unprofitable

Quite the contrary. Experienced investors claim that owning 10-20% of the investment portfolio in gold minimizes financial risks. Gold is ideal for long-term investments – its price demonstrates an upward trend, having increased by 360% over the past 20 years.

Just look at the data provided by the World Gold Council* that dispels any doubts about gold. The demand for gold breaks the records: in the first quarter of 2019, the central banks purchased 68% more gold compared to the same period last year.

Bankers and heads of state do not believe in myths – they know exactly what can help them strengthen Financial Security. Gold is an ideal insurance against economic risks and a reliable tool for preserving the invested funds.