The world anxiously awaits Brexit*, which is planned for October 31, 2019. Experts fear that Britain’s exit from the EU can cause global economic turmoil. The economy of the European Union is the second largest after the US. Instability in this part of the Old World will inevitably affect the entire globe.

Given the circumstances, what are the prospects for gold? How does it react to the current situation?

The situation heats up

British Prime Minister Boris Johnson is a strong supporter of the “no-deal Brexit”, which entails deterioration in relations between Britain and the EU, requiring to enter into new agreements in all areas of cooperation. This option gives Brits more freedom in decision-making processes, but at the same time poses challenges for both parties, resulting in considerable financial losses.

The Head of Brussels Office of the think tank Open Europe Pieter Cleppe believes that a “no-deal Brexit” will cause half-a-million job losses in Britain, and more than a million in the EU. 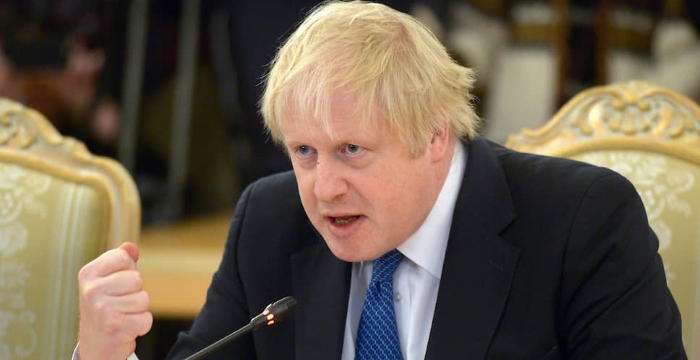 Brits stock up on gold

According to the Federal Customs Administration, 90.7 tons of gold were exported from Switzerland to the UK in July 2019. This is a record amount over the last six years — 1000% more than last month. The reasons for the shopping spree were a surge in gold prices and rising concerns over the economic uncertainty. Gold is known as a reliable anti-crisis asset, so British citizens stock up on it to strengthen Financial Security in the run-up to Brexit.

Since early July, the price of gold in British pounds has risen by 11%. The price growth over the last year was 32%. 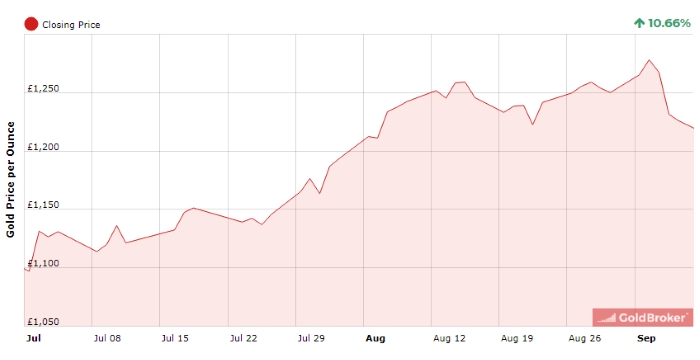 In the chart: the surge in gold prices that began in July convinced Brits to buy the precious metal.

In 2016, a referendum was held during which the British people voted to leave the EU. Just a few hours after the voting, the price of gold in pounds soared by 22%. The closer Brexit, the greater the anxiety, thereby giving a further boost to the price of gold.

“Our company’s turnover has tripled this year. Economic threats motivate people to buy gold bars. Everyone feels that something isn't quite right.”

“Unless and until we’ve got a degree of clarity on Brexit, the only way for gold is up.”

American banker John Pierpont Morgan once said: “Money is gold, nothing else.” Today, when the economy falters all over the world, these words are particularly relevant. In the face of ever-growing challenges, only gold remains stable, ensuring Financial Security for both states and citizens.

Rate this article:
Gold News
You May Also Like:
The New Victory of Gold: Russia
What’s the power of gold?
[VIDEO] What did little Luciano dream about, and where did it all lead to?
RELATED NEWS
The unquenchable thirst for gold in the Middle East
Another country has entrusted its economic future to the precious metal.
Is the race for cosmic gold starting this year?
Humanity is ready to take a step towards the exploration of gold deposits outside the Earth.
Asian giant against the crisis: what do people in China think of gold?
What do the latest data from the mighty Eastern power say?
Prospects of gold: a breather before a new leap?
Should we expect the conquest of new frontiers?
Nigeria creates a “gold springboard” for its economic leap
The precious metal as the foundation of the nation’s well-being.
Turkey builds gold muscles
The country’s policy towards the precious metal speaks volumes.
Egypt’s fascination with possibilities of gold
The people of Egypt have taken a fresh look at the precious metal.
Billionaires enter the battle for gold
The gold industry is in the spotlight.
Bankers: gold is the top asset of 2020
The grand successes of the noble metal astonished the whole world.
Where gold is heading to: expert opinions
A significant psychological barrier has been overcome. What’s next?
Take the test
and find out if you are exposed to the Lack of Financial Security virus.
Register on the platform to receive the test.