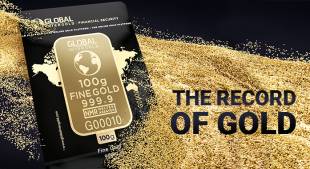 The first half of 2019 was very successful for gold, and the forecasts of experts proved to be accurate. Over the past six years, the price of the yellow metal has reached its peak.

Gold has set a price record, getting closer to reaching record-breaking currency prices of many countries. According to Ross Norman, director of Sharps Pixley, 72 currencies can be included in this list. Among them: the Russian ruble, the Indian rupee, the Brazilian real, the Mexican peso and many others.

According to the World Gold Council*, the demand for the yellow metal in the first quarter of 2019 increased by 7%. Procurement of gold by central banks in different countries reached a six-year high. At the same time, the supply of gold in the world market remains unchanged.

Metals Focus projects that the increase in gold demand in 2019 will be the largest in the last four years. The trade war between the United States and China weakened the economies of both countries, causing a negative impact on the rest of the world. The economic slowdown has already hit China and Europe. In early June, the Fed* lowered its 2019-2020 forecast for the US GDP* growth. The heightened uncertainty has prompted many people to strengthen Financial Security by purchasing gold.

The Bank of America analysts note that if the trade standoff drags on, the price of gold will continue to grow rapidly this year already.

What do experts say?

The bank’s research report states that favorable conditions have been created for gold in the global market. Fears of a trade war and the poor economic performance of the US have boosted the demand for gold by nearly 5% since early May.

In the past two months, the People’s Bank of China has increased gold purchases by half, and the Philippines announced plans to buy up to 30 tons of gold per year. The surge of interest in gold among regular customers in Russia and Kazakhstan is also noteworthy.

The head of the company Paul Tudor Jones II said that gold would be his favorite financial asset in the next 12-24 months. He is certain that as the yellow metal reaches the $1,400 price level, it will quickly go up, rising to $1,700.

“For 75 years we have witnessed the growth of the global economy, we believed that it would always be like that. But now everything starts to slow down. Naturally, in this situation, gold is ready for a takeoff,” the businessman said in an interview with Bloomberg.

The latest figures suggest that gold still plays a crucial role in the financial system. The yellow metal becomes the ultimate sought-after asset — it is perfectly understandable to anyone who follows the latest world news.

We live in an era of great change, when new centers of influence and modern trends emerge in the world economy. In a rapidly changing environment, states and ordinary people need reliable support in order to maintain balance and ensure Financial Security. The eternal and credible value comes to their rescue — gold.

*A hedge fund — an investment fund that pools capital from investors, who entrust their money to professionals for maximizing gains and profits.