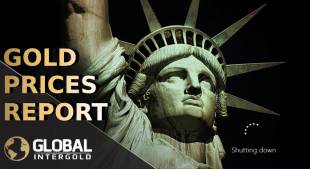 Summing up the results of 2018, the Business Standard news website reported on the increase of gold reserves across various countries. In November, the Central Bank set quite a record – 480 tons of gold were purchased in a month. China is in the lead, having increased its gold reserves to $76,331 billion in December. Experts believe that the build-up of reserves, as a growing trend, will continue to accelerate.

Business Standard: in 2019, countries will continue to buy gold.

Experts of the financial conglomerate* Goldman Sachs Group are confident about the prospects of gold in 2019, noting that the growth of the US economy will slow down, leading to the resurgence of interest in gold.

In its 2019 forecast, experts of the Dutch financial company MKS PAMP said that gold prices would rise by 13%, hitting a high of $1,460 per ounce.

A record-breaking forecast was provided by the analysts of the Dutch bank ABN Amro. Experts presupposed that the price of gold will increase to $1,500 this year. Let’s look at the week’s main events that affected the price of gold. The UK Prime Minister Theresa May believes in the success of Brexit, objecting to the second referendum. While Britain is trying to find a way out of the impasse, the whole world is waiting for January 21, when the Plan B should be published, extending the transition of the UK exit from the EU.

In connection with the draft agreement rejection, the European currency has significantly decreased, consequently increasing the demand for the American currency.

As the Governor of the Bank of England Mark Carney once predicted, the uncertainty instantly affected the foreign exchange market.

THE PARTIAL CLOSURE OF THE US GOVERNMENT

The US shutdown* was the longest in the US history. Due to the lack of funding, several institutions stopped working. Experts estimated the economic losses of the American state, announcing that the costs of the government shutdown exceeded one billion dollars a week. Worries affect the market; some analysts are cautious about raising interest rates further.

Analysts believe that 2019 is the best time for asset rebalancing and buying gold.

Preserve and accumulate your gold reserves!

*Conglomerate – the joint corporation made up of a number of different companies operating under the management of the parent company on the territory of one state; can also be transnational. In some cases – a legal entity consisting of companies engaged in unrelated business activities across various sectors of the economy.

*BREXIT – the withdrawal of the United Kingdom from the European Union.

*Shutdown – the act of "stopping", "cessation", "closure" of an operation or activity. 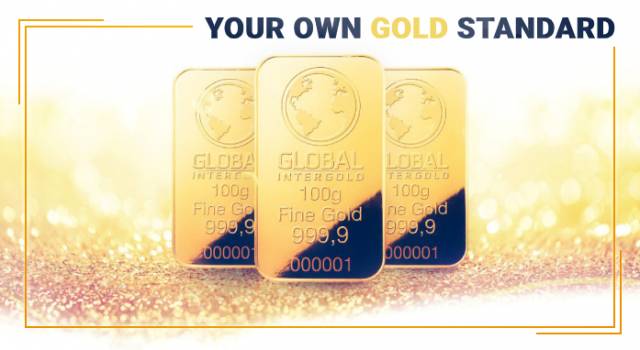