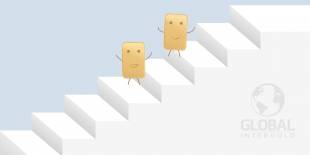 This week, the US released data on the producer price index (PPI) and the consumer price index (CPI). How did the published data affect gold prices? Read on to learn!

On Tuesday 8th, the dollar went down against the background of Fed representatives’ speeches.

President of the Federal Reserve Bank of St. Louis, James Bullard, expressed doubt in the US inflation returning to the target level:

“The economy is stuck in a low-growth rut, and there is little reason to rush the process. Even though a low unemployment rate of 4.3 percent would, in theory, lead to higher inflation and provide a reason for raising rates now, there is little evidence that is going to happen anytime soon”.

“The dollar may not receive significant support even if macro statistics improves.”

The dollar weakened that day while gold strengthened its positions, having reached $1,260.

On Wednesday 9th, gold rose in price to $1,276 as the result of published employment indexation data in the US market. The indicators improved just as experts predicted. The increased by 4.8% index will undoubtedly strengthen the growth of employment and tighten the labor market.

"Those who follow the index of employment trends by Conference Board were not surprised by the strong growth in employment in June and July. In July, the rapid improvement of the index continued, which implies an increase in the hiring of workers and further tightening of the labor market in the coming months."

On that day, there was a strengthening of the US dollar against the backdrop of Trump's statements and tension between America and North Korea. The verbal war exerted a strong pressure on gold and triggered the precious metal performance. President Donald Trump made it clear that the US would respond with "fire and fury" if North Korea and its actions threatened his country.

“North Korea best not make any more threats to the United States. They will be met with fire and the fury like the world has never seen.”

“The increasing verbal demonstration of readiness to use force between North Korea and the United States has led to gold rising again.”

On Thursday 10th, the gold rally continued having raised the price per ounce to $1,284.

However, according to Paul Mladjenovic, the author of "Precious Metals Investing for Dummies", gold prices increased not due to geopolitical reasons:

“August, September and October tend to be good months for the metal”

Experts predict a further increase in the price of gold to $1,300.

On Friday 11th, the dollar continued its dynamic decline under the influence of negative statistics on producer prices, which was the largest of the year during last month.

President of the Federal Reserve Bank of Chicago Charles Evans doubts the need to raise interest rates in September and considers their postponement to December:

"I think we should be very careful in assessing future actions regarding the interest rates."

Gold is very sensitive to changes in the interest rates, so the increase will affect the cost of the metal. On Friday, the price per ounce was equal to $1,286.

The caution regime associated with the geopolitical situation between Korea and the US continues: everyone is trying to escape risks.

Pentagon Chief James Mattis and US Secretary Rex Tillerson noted in their statement to the well-known “The Wall Street Journal”:

"Rhetorics has become softer, and this has affected the markets."

Analysts of the American investment bank Morgan Stanley forecast strengthening of the euro's positions in the near future, which, undoubtedly, will affect the cost of gold as a safe-haven asset.