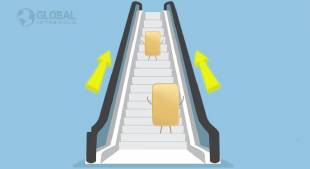 This week, the publication of data on retail sales in the US, statistics on the US housing market and the minutes of the Fed’s July meeting were in the limelight.

We will tell how all this affected gold’s performance.

On Tuesday 15th, gold prices were influenced by the normalization of the political situation between Korea and the United States. The statements of American politicians about the reduction of political tension between the two countries contributed to the reduction of the cost of safe-haven assets. At the beginning of the week, gold futures was worth $1,271.

General Manager at the strategic investment department at Sumitomo Mitsui Trust Asset Management, Masashi Oda:  "Worries about a conflict between the United States and North Korea are not completely gone, but the market seems to be settled now.”

The dollar strengthened its positions which immediately had a negative impact on the price of gold.

At the beginning of the day on Wednesday 16th, gold prices fluctuated and were under the influence of statements by the President of the Federal Reserve Bank of New York, William Dudley:  "It all depends on how the economic forecast evolves. If it evolves in line with my expectations, I would expect - I would be in favor of doing another rate hike later this year."

Dudley's statement affected the growth of the US currency and lowered the value of gold to $1,267.

Federal Reserve Bank of Dallas President Robert Kaplan said that tightening monetary policy is justified only with obvious signs of accelerating inflation. Kaplan reported on the Federal Reserve’s support in raising the interest rates: “I would like to see that we’re making progress in meeting our inflation objective [of 1%-1.25%] before we take further steps in removing accommodation.”

After the publication of statistics on the US housing market and the minutes of the Fed’s July meeting, the situation changed dramatically. Members of the US Federal Reserve suggested not raising the interest rates. Fed’s minutes state: “Many participants, however, saw some likelihood that inflation might remain below 2 percent for longer than they currently expected, and several indicated that the risks to the inflation outlook could be tilted to the downside.”

These fears weakened the dollar and increased the price per gold ounce to $1,282.

On Thursday 17th, the key event of the day was the publication of preliminary data on industrial production in the US. According to the Federal Reserve, the volume in some production areas has seriously decreased. The economic policy of the US president, the resignation of three members of the American Production Council, rumors about the dismissal of the head of the National Economic Council, Gary Cohn – all this affected the dollar’s downfall.

Pressure on the US currency causes rise in gold prices. On Thursday, they reached the level of $1,287. ANZ analysts foresee support for the price of gold as a safe-haven asset which are expected to reach $ 1,300 per ounce in the next three months.

On Friday 18th, the state of markets was influenced by the speech of a member of the Committee on Open Markets of the Federal Reserve Robert Kaplan: “I think we need to be very patient and judicious in the next moves on the fed funds rate.”

That day, data on the consumer sentiment index was published. The figures rose in August to 97.6 points with the forecast of the index to reach 94 points. Gold prices rose to $1,295 during the day, but at the end of Friday stopped at $1,285.

On Monday 21st, gold futures were worth $1,287. At the beginning of the week, tension between North Korea and the United States increased again due to the annual military exercises of both countries starting on August 21st. The North Korean leadership views these military operations as a provocation. In a statement to the Korean Nodong Sinmun newspaper, it is said that they might lead to an uncontrolled stage of nuclear war.

The main events of the day - the start of military exercises and the possible dismissal of Steve Bannon, the chief adviser of the White House – are likely to affect the growth of gold prices drastically.

The terrorist attacks that shook Barcelona and Turku increased the demand for safe-haven assets, including the yellow precious metal.

Watch out what is going on in the world markets.