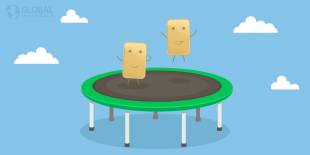 The limelight of this week was the annual Central Bank’s conference in Jackson Hall where the prospects for the monetary policy were determined.

How did it affect gold, and what other factors influenced its performance this week?

The Central Bank’s conference in Jackson Hall was the most important event of the week, since the speakers were the US Federal Reserve Chairman Janet Yellen and the Head of the European Central Bank Mario Draghi.

The price of gold soared on Monday to a maximum of $1,290 on the background of increased tensions between the United States and North Korea.

On Tuesday 22nd, the dollar was diligently keeping its positions against the major currencies under the influence of stressful environment in Washington.

The price of gold was affected by the data published by the ZEW Institute. ZEW President Achim Wambach made a statement about the weakening of economic confidence in Germany:

“The significant decrease of the ZEW economic sentiment indicator reflects the high degree of nervousness over the future path of growth in Germany.”

The price for a gold future on Tuesday stopped at $1,284.

On Wednesday 23rd, the US President Donald Trump announced the need to build a border wall between the USA and Mexico. He also threatened to dissolve the Democrats and the Cabinet of Ministers if the government votes against financing the project:

“If we have to close down our government, we’re building that wall”

Moreover, the president threatened to end the North American Free Trade Agreement and liquidate the free trade zone with Mexico and Canada.

“Personally, I don't think we can make a deal because we have been so badly taken advantage of. I think we'll end up probably terminating NAFTA at some point.”

Statements by the US president raised the demand for safe-haven assets and lowered the dollar’s value. Gold prices on Wednesday rallied to $1,289 again.

On Thursday 24th, analysts of the Swiss financial holding UBS Group AG announced the urge for a strong catalyst for gold to overcome the $1,300 mark.

“Gold meets resistance at $1300 yet again... That the market is running into strong resistance around these levels is not surprising $1300 is an important psychological level.”

The UBS experts said that the Fed’s tight monetary policy will have a significant impact on the gold’s performance. The Federal Reserve representative, Robert Kaplan, reported on a possible increase in the interest rates in 2017:

“Key interest rate is getting close to a ‘neutral’ level of 2-3%. Broader economic growth has been mired around the 2 percent range.”

Kaplan added that the Fed’s work will be "very effective" and not affected by those in charge of the system. These statements influenced gold: on Friday, it was worth $1,285 per ounce.

“Gradual increase in the base rate over time will be the right measure.”

She did not mention though when the rates increase is planned.

After the speech of the Fed’s Chairman, the euro rose along with the main stock indices in Europe. Gold also continued its growth and reached $1,290.

Market experts are also concerned about the impact of tropical storm Harvey on the US economy.

The situation in the world is unstable but gold strengthens its position. Ray Dalio, hedge fund manager at Bridgewater Associates, recommends investors to keep 5-10% of their assets in gold as an insurance against current political and economic risks:

“The emerging risks appear more political than economic, which makes them especially challenging to price in.”

Keep an eye on the world’s market.

Start building up your prosperity today.