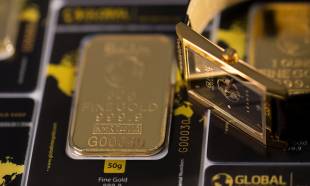 The main topic of the week was the situation in Germany where the government has found itself in unstable situation due to disagreements between the parties on key issues.

The process of Britain's withdrawal from the European Union kept worrying the market. The country faced the deadline for submitting the proposal for debt payments set for December 4th.

On Tuesday 28th, James McCormack, Global Head of Sovereign and Supranational Ratings at Fitch Ratings Ltd, made a statement:

The dollar declined amid expectations of another Senate vote; gold prices increased to $1,293.

The growth of gold prices was influenced by the adoption of changes in the US tax system and the approval of Jerome Powell’s candidacy as the president of the Federal Reserve Bank.

"We expect interest rates to rise somewhat further and the size of our balance sheet to gradually shrink."

On Wednesday 29th, the market was tensed due to the report of another test session by North Korea which resulted in a rocket falling on the territory of Japan.

President of the US Donald Trump:

“The latest launch does not alter the US approach to the ongoing North Korea crisis. It is a situation that we will handle. We'll take care of it.”

In the middle of the week, influence on the market was provided by the achievement of a financial arrangement between the two sides upon the Great Britain leaving the EU.

The exact amount of the UK debt will be announced on December 4th during the meeting between Theresa May and Donald Tusk. The Prime Minister of Great Britain and the head of the EU will discuss ways of paying the debt.

On Thursday 30th, the main topic of agenda was a vote on the US tax reform, but its adoption failed.

President of the Federal Reserve Bank Robert Kaplan once again spoke about the rate hike and the need to reach full clarity and determine the appropriate pace of growth:

This will affect consumer prices: they will increase and a new rate hike will be required. To monitor the situation and prevent overheating of the economy, it is necessary to conduct a flexible control policy.

On Thursday, the yellow metal worth $1,275; such a price was due to the investors’ precaution before the vote.

On Friday 1st, investors were alarmed by the uncertain position of the UK, while waiting for the results of the US Senate voting on the tax system.

At the end of the week, the dollar declined, which caused a rise in gold prices. The downfall of the US currency was due to Michael Flynn admitting contacts with Russian diplomats.

“I recognize that the actions I acknowledged in court today were wrong, and, through my faith in God, I am working to set things right.”

The American media consider the disclosure of this information as the first step towards Trump’s impeachment.

Against the background of these confessions, a gold ounce cost $1,280.

On Monday 4th, there was a dollar’s growth noticed. This is due to the Senate’s approval of the tax legislation revision. The change in the US tax system was Trump's main campaign promise.

“The policies in this bill will cut taxes for hardworking families and put our economy on a path of sustainable economic prosperity and job creation.”

According to Capital Economics analysts, “in 2018, strong safe-haven demand on the back of heightened geopolitical risks will continue to give some support to gold.”

Brokers at the British company SP Angel Corporate Finance believe that the geopolitical tensions associated with North Korea's desire to develop its nuclear weapons program, as well as ongoing acts of aggression, support safe-haven assets. For better or worse, instability in the world positively affects the value of gold.

Your financial security depends on you