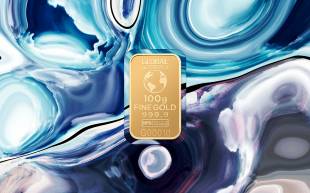 We explain how the settlement agreement between leaders of the United States and North Korea impacted the value of gold.

At the beginning of the week, the market situation began to return to normal pace.

This has to do with the fact that the U.S. President Donald Trump has expressed his readiness to reconsider the decision on aluminum and steel duties. An increasing pressure from political allies forced Trump to change his views on imposed tariffs.

Trump is ready to abolish duties if the State can negotiate a fair agreement with NAFTA (North American Free Trade Agreement.)

"We have large trade deficits with Mexico and Canada. NAFTA has been a bad deal for the United States. Tariffs on steel and aluminum will only come off if a new, fair agreement is signed."

On the backdrop of market concerns, the price of gold has gone up.

On Wednesday, 7th of March, the euro has soared in price. The easing of political tension and the willingness of North Korea to opt for dialogue with the United States contributed to the growth of the European currency. In addition to that, concerns about the Trump’s tariffs trade war diminished. The 62nd and current Speaker of the United States House of Representatives Paul Davis Ryan played a big part in this, sharply criticizing President’s actions.

Fears due to the tariff increase have impacted the price of gold. Yellow metal once again adopted a stable position as a safe haven for investor’s assets.

On Thursday, 8th of March, Italian economist, chairman of the European Central Bank Mario Draghi said that interest rates will remain at the current level. In addition to that, the head of the ECB suggested that the trade conflict undermines trust in the US, adversely affecting inflation.

Many experts negatively evaluate the threat of a trade war and return to the main asset protection – gold.

"In today's economic environment, it is essential to own gold as a part of a balanced portfolio."

On Friday, 9th of March, the situation on the market has changed due to Tramp's consent to meet with the head of the DPRK Kim Jong-un personally. The North Korean leader stated in his message to the US leader that he intends to end military trials.

Sources close to President Donald Trump report that the head of state was pleased to receive this information and plans to arrange a meeting in May 2018.

Against the backdrop of the reconciliation policy, gold was worth $1,323 per ounce.

On Monday, 12th of March, the president of the Federal Reserve Bank of Chicago and FOMC member Charles Evans declared his preference not to raise interest rates this month. He explained this by the level of inflation and suggested not to rush to decisions.

"We can wait until the middle of the year, but still raise rates three times."

Many are still concerned with maintaining their financial security level.

Josh Crumb, the founder of Goldmoney, explained the advantages of precious metal deposits:

The imminent collapse of modern currencies will push gold up to $10,000 an ounce, argues financial analyst Byron King. Byron noted that gold reserves at current valuations are much more attractive now than they were two years ago.