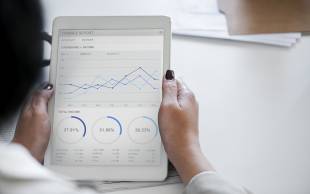 Stay informed on how the position of gold is strengthening against the backdrop of the trade war threat.

The first rate hike of 2018 will not go unnoticed. In this regard, as the leading market experts have predicted, the price of gold is changing. This situation has been repeated year after year, hence analysts see no reason for panic. After each consecutive meeting of the FED's committee, prices of the precious metal stabilize.

On Tuesday, 20th of March, the tension among investors increased in connection with the forthcoming FED’s meeting. Attention of market participants was focused on the actions undertaken by the Federal Reserve System that affect the financial security.

Against the backdrop of the FED’s position correction, the US currency appreciably strengthened. However, the actions of the Head of State Donald Trump are perceived rather ambiguously by the global community.

"Concern over the global trade war initiated by the United States made experts more cautious in their forecasts."

On Wednesday, 21st of March, the readjustment of prices continued due to a sharp fall of the dollar currency.

"I think gold is our own micro-world," said Todd Colvin, an analyst and broker at the Chicago-based company Ambrosino Brothers. The expert noted that he looks at gold as a barometer for two things: the US currency and the global inflation rate.

Historically, the FED’s meetings lower prices of gold, but when the meeting is over, the situation gets back normal, noted CEO and Chief Investments Officer at U.S. Global Investors Frank Holmes. Holmes predicts a rise in gold prices up to $1,350 per ounce.

"It does not matter that the dollar will rise, and the gold will fall ... Tariffs imposed on China will actually weaken the dollar ... the US currency decline is always good for gold."

On Thursday, 22nd of March, the dollar continued to decline, despite an interest rate increase of 1.75%. During its meeting, the FED confirmed a triple rate hike for the year 2018, announcing the decision not to rush things. The normalization of the FED’s policy arises from the confidence in the tax reduction and the growth of economic indicators.

Strategists at Barclays in Tokyo explain the decline of the US currency by the Fed's policy alleviation. According to senior strategist at the Barclays Tokyo conglomerate Shin Kadota, the dollar becomes vulnerable.

On Thursday, the price of an ounce of gold stopped at the $1,329 mark.

On Friday, 23rd of March, an increase in gold prices was witnessed. A sharp increase occurred following the announcement of tariff concession on import for the biggest countries in the world. The US administration has temporarily suspended trade tariffs for Canada, Mexico, EU countries, Argentina, Australia, Korea and Brazil until the 2nd of May 2018. However, Trump decided to impose import duties on China, amounting to 50 billion dollars.

In response to the step taken by the US President, the Chinese government issued a statement:

"We intend to introduce tariffs on some American goods."

Leading analyst of the American investment company VanEck Joe Foster predicts the gold prices growth of  $1,350 per ounce. The expert believes that the price of the precious metals will depend on political decisions of the US President Donald Trump.

On Monday, 26th of March, the dollar was in a weak position due to the worrisome pattern witnessed on the market. The reason for the pressure on the American currency lies in the danger of unleashing a trade war.

Prime Minister Li Keqiang responded to the actions of the US president:

"A trade war will not benefit anyone. There are no winners in it."

Trump's political decisions are matters of concern for the global community. The global war is one of the boldest manifestations of the LFS virus. In addition, the situation in the US is heated due to numerous protest marches. Gun-control mass demonstrations took place in 800 cities. Gun restriction, which was called upon by thousands of Americans, indicates that people don't feel secure. Guns - another threat to Financial Security.

Against the backdrop of instability and mass unrest, the positions of gold are strengthening.

Positive forecast is given by specialists from the British investment bank Standard Chartered. In their opinion, the price of gold will reach its five-year maximum in 2018, amounting to $1,450 per ounce. The reason for this will be an unstable position of the dollar, a rise of inflation and raising interest rates of the Federal Reserve System.