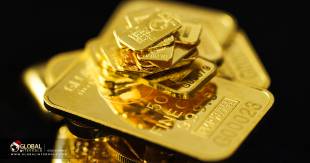 Let us tell why gold prices have increased at the end of the year.

On Tuesday 19th, the US House of Representatives approved the tax system.

Analysts say that this step in the tax reform was Trump's first biggest win. However, the bill must be supported by the US Senate.

"We believe that the markets are a little worried about the bill. Whether it can cause a significant change in the investment balance and that of payments remains unclear."

The price of gold against the backdrop of the fundamental reform has risen to $1,261.

On Wednesday 20th, the dollar weakened against the background of the vote on the draft tax reform and Brexit news.

"Britain is steadily moving towards an orderly exit from the EU. In spite of those who want to dismiss Britain, we provide a better and ambitious Brexit deal for the whole country."

The European Union has determined the Brexit deadline:January 2021.

Because of formality breach,the House of Representatives of the US has re-voted for the adoption of the tax reform. After the voting procedure, the bill was passed by the Senate. Now it must be signed by the President Donald Trump.

According to the law, the corporate tax will decrease from 35% to 21%. WSJ / NBC reports that41% of Americans consider the tax system to be a bad idea, since they do not believe in tax cuts.

On Wednesday, gold prices went on the rise and reached a mark of $1,265.

On Thursday 21st, the market was under the influence of the situation in Catalonia. The centrist "Citizens-Party" speaking for united Spain gained most votes in the parliamentary elections in Catalonia.

Carles Puigdemont proclaimed the victory of the separatists. In the expelled leader's opinion, the vote "shows that the Catalans have earned the right to be heard."

Gold continued its growth, one precious metal ounce was worth$1,266.

On Friday 22nd, investors' attention was drawn to the aggravation of the crisis in Spain. Three parties "Together for Catalonia", "The Republican Left of Catalonia", "The Popular Unity Candidacy" advocating the independence of the region received 70 seats out of 135 in the parliament. The "Citizens-Party" has 37 seats. Experts talk about the continuation of the crisis in the country. April 7 will be the election date of the new head of Catalonia.

The dollar began to lose its position, gold prices rose to $1,274.

On Monday 25th, many financial institutions were closed due to Christmas holidays.

On Tuesday 26th, the dollar kept declining, but analysts believe that in early 2018, the US economy and the dollar will strengthen.

"The dollar has some room for strengthening in the first half of 2018."

On Wednesday 27th, investors analyzed the last week of the year and summed up the results of 2017.

"Money will be invested in assets that really represent value, are used by people and have a new technology."

and enhance your financial security