Gold is on top of its game: the status is improved! 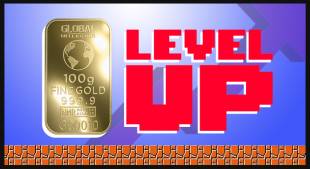 Analysts of the third largest bank in Canada “Scotiabank” assessed the prospects of gold for 2019. According to the experts, “the dollar’s peak is over,” which serves the interests of gold. The Scotiabank's forecast – gold will reach $1,300 per ounce, straightening its positions as a real asset. Canadian bank experts outlined key factors contributing to the growth of gold: the Fed’s* interest rate hike, the monetary policy and the increase of the US national debt.

Let’s review the week’s top events that affected the price of gold.

On Monday, January 21, the British Prime Minister Theresa May announced that the idea of the second referendum on the country's withdrawal from the EU was not supported by the House of Commons of the United Kingdom.

A new vote on the draft agreement is scheduled for January 29, which promises to be the next week’s main event.

Due to political uncertainty, the euro has fallen, the price of an ounce of gold was $1,280.

China has published data on the last year’s economic slowdown. The trade dispute with the US caused the slowdown in development. Representatives of the Celestial Empire note that even though GDP reaches its minimum level, the country still occupies a leading position in the world, making a significant contribution to the global economy.

The President of the United States Donald Trump believes that time has come to make a deal and brush aside trade tensions. The co-founder of the largest investment fund Carlyle Group, billionaire David Rubenstein, emphasizes that there are only a few months left until the conclusion of negotiations between Beijing and Washington. Kevin Hassett, Chairman of the Council of Economic Advisers, set the deadline: March 1.

The strengthening of the dollar is associated with a conciliatory sentiment on the part of the two world powers and high hopes for a successful trade deal between China and the United States.

Against the background of the American currency’s scored positions, an ounce of gold was worth $1,284.

The first meeting of the European Central Bank in 2019

On Thursday, January 24, the ECB decided to keep interest rates unchanged – at 0%. The decision of the ECB put pressure on the European currency, the euro fell sharply. The 0,59% drop in price was the result of the economic risk assessment, which, according to the President of the European Central Bank Mario Draghi "went into a negative spiral." The chairman highlighted the negative effects of geopolitical uncertainties and market volatility. On Thursday, amid the rising dollar, the price of an ounce of gold was $1,281, yet already by Friday it regained its positions, reaching $1,301.

The Global Trading Director of Kitco Metals Peter Hug believes that macroeconomic factors that stimulate the growth of gold prices can reinforce the role of the yellow metal.

A team of 60 leading economists of the research company Capital Economics considers 2019 a prosperous year for gold. According to the experts, the price of $1,350 per ounce is feasible in the near future.

The purchase of gold – your step for ensuring Financial Security!

We will help you take this first step!

*The Fed – the Federal Reserve System. An independent agency that oversees the commercial banking system and acts as the central bank of the United States.

*BREXIT – the withdrawal of the United Kingdom from the European Union.