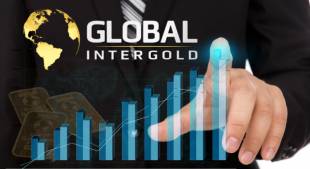 In Monday’s report, analysts at Bank of America Merrill Lynch (BAML) confirmed that their forecast regarding the price of the yellow metal for the fourth quarter of this year accounts for about $1,400 per ounce. Analysts of the bank noted that the growing geopolitical tension, the escalation of global trade wars and the rising inflationary pressure will continue to sustain precious metals’ prices.

According to experts, a growing inflation rate can eventually lure buyers of gold back to the market.

On Tuesday, 3rd of July, the dollar’s position weakened. Global market experts are calculating economic losses that will result in a large-scale trade war.

The leading analyst specializing in the precious metal market Frank Holmes believes that the stable position of the US currency is short-lived. Trade disputes, efforts of various countries to retrieve their gold reserves from the US, the unpredictability of the global economy — all this will lead to the strengthening of gold.A single most important problem of the summer of 2018 is the flow of migrants with endless political summits at which country leaders are trying to find a solution to the problem of depopulation.

"The underlying theme of immigration and refugees will remain a potential risk factor."

Prolonged problems with migrants serve as the main factor of the Lack of Financial Security virus manifestation.

On Wednesday, 4th of July, the price of gold increased and reached $1,258 per ounce.

The president of the trading company Blue Line Futures Bill Baruch believes that a favorable time for the precious metal will come soon enough. The expert believes that it is a matter of a month or two when gold will significantly grow in price — up to $1,300 per ounce. In the photo: The Head of Blue Line Futures Bill Baruch predicts that gold will form an upward trend on the market of precious metals.

On Thursday, 5th of July, Swiss bank UBS experts shared their opinion regarding the stable growth of gold prices. In their views, trade wars between the leading countries will continue, and this will lead the precious metal to higher positions on the global market.

As you know, on the 6th of July, custom duties between the two world powers, the US and China, came into force. Representatives of Beijing said that if America introduces tough punitive measures, then China intends to take retaliatory steps too.

Against the backdrop of mutual contradictions between the two countries, the yellow metal was worth $1,258 per ounce.

On Friday, 6th of July, the day X came. China had previously notified of the psychological terror of the United States, but President Donald Trump still threatens with additional sanctions. The market is cautious in connection with the experts' assumptions that the head of the US state will allow new risks to happen and will take an unexpected turn. Independent analysts warn that Trump's actions will impose huge costs for the economy of the state, leading to a decrease in the US GDP (Gross Domestic Product) by 0.06%. In the photo: Leaders of the world powers on the trade warpath.

The retaliation policy affected the price of the precious metal. The price of an ounce of gold amounted to $1,256.

On Monday, 9th of July, the trade war, the increased unemployment rate in the US and the slowdown in the wage growth weakened the dollar's position.

A veteran of the financial market, the founder of Ecstrat, analyst John-Paul Smith warns of a new market collapse that will occur in developing countries. In his opinion, the changed economy of China can provoke a default. Bank of America experts also found signs of an impending global financial crisis and warn investors of the biggest financial losses.

The leading world powers increase their gold reserves because of the unstable economic situation.

For example, the joint gold reserve of China and Russia already exceeds the American one.

"This advantage can shake the US dominance in the global economy. The increase in the combined gold reserves of Russia and China is a step towards the liberation from the dollar’s domination in the world economy. Perhaps in the foreseeable future this currency will cease to rule the world."

The analyst of the precious metals market Frank Holmes commented on the enhanced buildup of the gold reserves of China and Russia:

"Central banks of these countries want to reduce their dependency on the US currency by accumulating national gold reserves that will insure them in the event of another financial crisis."

You can strengthen your financial security together with Global InterGold.