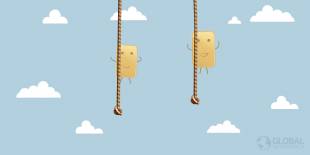 Anxiety in the foreign exchange market, statements of experts and officials… What factors affected gold prices?

On Tuesday 5th, gold prices strengthened. The growth in the cost of the precious metal is related to the investors’ desire to opt for safe assets. The tension between the US and North Korea intensified, while Trump's speeches did not contribute to reducing anxiety in the world. The president’s administration claimed:

“President Trump gave his in-principle approval to South Korea’s initiative to lift restrictions on their missile payload capabilities. He also provided his conceptual approval for the purchase of many billions of dollars’ worth of military weapons and equipment from the United States by South Korea”

The dollar kept struggling in a fairly vulnerable stock market, but most investors were in favor of precious metals. Meanwhile, a gold ounce was was worth $1,339.

On Wednesday 6th, the market was under the influence of Fed officials’ statements. The message conveyed raised concerns about the expected hike of interest rates. Moreover, the representatives of the Federal Reserve Bank of the United States noted that changes in the base rates in September will negatively affect the country's economy.

Member of the Board of Governors of the Federal Reserve, US Deputy Secretary of Treasury Leil Brainard:

“We should be cautious about tightening policy further until we are confident inflation is on track to achieve our target”.

The gold market was impacted by President Donald Trump's statement about taking measures to avoid default. The agreement with the Democrats concerns an increase of the US public debt ceiling. The treaty, not yet approved by the US Senate, slightly lowered the price of gold to $1,332.

On Thursday 7th, gold prices rose to $1,341. The increase in the precious metal cost is associated with the announcement of Mario Draghi. At the September meeting of the Council of ECB Heads, a decision earlier mentioned by many analysts was voiced. Draghi noted that the economy will not rise at this level of inflation.

“We only have one mandate, price stability, which is inflation below but close to 2% and we're not there yet.”

During the press conference, a key decision was made that the loan interest rate will be maintained at the previous, zero level. Draghi noted with certainty that the most important flexible solutions may be adopted next month.

On Friday 8th, the dollar significantly weakened due to three reasons:

1. In relation to the Mario Draghi’s statements

2. Due to the devastating hurricanes "Irma" and "Harvey"

3. Because of the tension between the US and North Korea.

Gold continued to grow due to investors still preferring safe-haven assets. The cost of the yellow precious metal reached $1,352.

Director of Investment Research at the World Gold Council, Juan Carlos Artigas said that this year the price of gold rose by 16%, which is a very good result. According to Artigas, “gold provides diversification. Its returns usually come when the stock market pulls back. That benefits investors  greatly because when they feel pressure from stock exposure, their gold allocation does well.”

When comparing European and North American markets, Artigas noticed that “European investors are a bit more sensitive to global risks: they have been using gold more to reduce risks and hedge some of their volatility.”

On Monday 11th, the dollar strengthened its positions. The stability of the American currency was affected by a calm weekend on the Korean peninsula; gold process faced a downfall to $1,333.

Simon Gambarini, analyst at Capital Economics, believes that the price of gold may rise again as soon as news of North Korea's actions appears. Furthermore, the Irma hurricane has already caused irreparable damage to the economy of many countries. US President Trump called Irma "some big monster", and many experts believe that its impact on the stock markets will be dramatic.

Keep an eye on the gold market together with us.