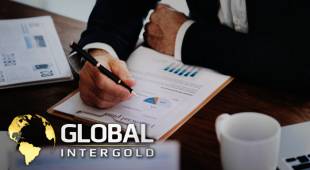 The growing tension between the US and Iran could be the next geopolitical outbreak in the global market, which will cause a rise in gold prices. Analysts' reports say that Iranians buy and accumulate the precious metal in fear of the economic crash. Between April and June 2018, Iranians purchased 3 times more gold than during the same period last year. Iranian's record purchases of the yellow metal increased to 15,7 tons. Gold is considered one of the most important assets that helps to strengthen financial security and protect savings from depreciation.

On Tuesday, 7th of August, the United States brought economic sanctions against Iran back, linked to Tehran's violation of the nuclear deal’s term. The EU banned EU member states from enforcing sanctions and imposed blocking regulations to protect companies on the European territory. The EU expressed regret over the reinstatement of sanctions against Iran. Restrictions refer to the trade not only with gold, but also with other metals.

On Wednesday, 8th of August, a gold rush intensified in Iran. The Iranian rial rate has fallen sharply, having lost about half of its initial value since April. Meanwhile, the inflation rate has increased to 10%, and the unemployment rate in the country has risen to 12,5%. Trump's psychological attack affected the price of the currency: on the 8th of August, the dollar was worth 43,870 rials (IRR).

Gold offers protection against economic risks during periods of crisis, so Iranians can now "rely" only on the yellow metal.

Expert Mohammad Kashtiaray, the head of the gold and jewelry committee at the Iran’s Chamber of Guilds:

"People change their money for gold because it is a reliable investment commodity."

The gold rush makes the Iranians line up in front of banks to buy Emami gold coins, which are minted by the country’s central bank. Prices for Emami coins have doubled, but this does not reduce the flow of buyers.

On Wednesday, the price of an ounce of gold on global financial markets stopped at $1,214 mark.

On Thursday, 9th of August, the showdown between China and the United States continued.

Beijing announced retaliatory measures that will take effect starting from August 23, and the imposition of a 25% import duty on American goods. The Chinese media declare the need to fight back, but at the same time, do everything possible to avoid the trade war. The unity of China's political parties is "crumbling" due to the fact that the state's stock markets and the yuan's exchange rate have plummeted. The government is struggling to strengthen the economy in order to mitigate the impact of the trade war. In the photo: Protests in Tehran led to the closure of shops. The major publication People's Daily states that the United States is trying to "suppress the development of China."

On Friday, 10th of August, a decline in European stock indexes has been witnessed on the stock market. It happened due to the aggressive US pressure on China and America's desire to impose sanctions on Russia. The Russian ruble fell sharply, the euro has been under pressure due to geopolitical heat.

In an interview with Kitco News, the head of the research at Murenbeeld & Co Chantelle Schieven made a statement regarding an upcoming coup in the gold market. In the Metal Matters report for August 2018, analysts viewed gold as a safe haven for those who preserve and accumulate their capital. Long-term investors have the greatest interest in the precious metal, as now it is a favorable period for purchasing of gold.

Analysts of the Industrial and Commercial Bank of China predict the end of the gold prices’ surge period. They are certain that the price of an ounce of the yellow metal will rise to $1,300 by the end of 2018.

"In the short-term perspective, there’s still a risk of falling below $1,200 if the current market dynamics continues."

According to the investor, in the long run, gold remains the worthiest tool for maintaining a proper level of asset portfolios.

Learn the main financial news of the week