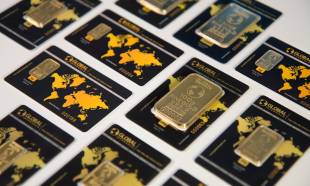 On Tuesday 14th, the Chinese media reported on the urgent preparation of the visit of the head of the foreign relations department Song Tao to North Korea. On the same day, the attention of the market was attracted by Chinese data (about investment and production) and the statement by the head of the Bank of Japan.

Governor of the Bank of Japan Haruhiko Kuroda announced the end of the deflation in Japan.

The cost of gold was adjusted before the speech of the Head of the Bank of England. Price was also influenced by the uncertainty of the tax system in the United States. Gold was worth $ 1280.

On Wednesday 15th, the US currency continued to experience slight pressure due to ambiguities with the tax reform. The Senate Finance Committee announced financial changes: they cancel the Obamacare mandate. This cancellation will save $ 300 billion in the next 10 years. This week there should be a vote about the approval of the project in the Senate, and then Donald Trump must sign the promotion of changes and the cancellation of the mandate.

The International Monetary Fund (IMF) appealed to the countries of Europe with a request to strengthen the banking sector, consolidate and rationalize the industry.

“The time has come to make that policy arsenal real and effective, and to coordinate such policies across the European economy.”

On Thursday 16th, tax reform in the US remained the main topic of the market. The House of US Representatives approved the tax plan. This will reduce the tax revenue of the government. “The administration knows that they if don't get this tax plan done, 2017 was a wasted opportunity”.

The dollar's positions remain fragile, investors are preparing for the third increase in the interest rates. This expectation and uncertainty affect the value of gold.

On Friday 17th, the dollar fell due to a new round of fears related to possible Russian intervention in Trump's election policy. US Attorney Robert Muller sent out summons to those who worked at the election headquarters of Donald Trump.

On Monday 20th, there were news about the decision of the chairman of the Fed, Janet Yellen, to leave the service board at the end of the term.

“I am gratified that the financial system is much stronger than a decade ago, better able to withstand future bouts of instability and continue supporting the economic aspirations of American family and businesses”.

KITCO experts note a 20% increase in gold to $ 1.273 per ounce. It is connected with the fact that since the Fed began its tightening cycle in December 2015, its main catalysts have been a weaker U.S. dollar, geopolitical tensions between the U.S. and North Korea and Brexit.

and the financial security of your family.