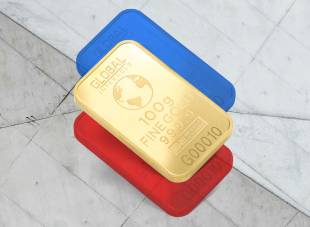 In this article, we analyze the fluctuations of the dollar's exchange rate, indicating the stability of gold prices.

Investors' attention was drawn to the resolution of the issue of the trade war between the White House and the People's Republic of China (PRC). The Premier of the State Council of China Li Keqiang noted that China is ready to open markets for foreign investors and hopes to achieve a mutually beneficial trade conflict resolution.

Prices of gold soared at the beginning of the week, after the FED’s debriefing.

The policy of the Federal Reserve System (FED) was not as aggressive as previously expected. The new Chairman of the Central Bank Jerome Powell did not adopt a vigorous approach in raising interest rates, as some analysts feared.

Analysts at TD Securities stated in the weekly commodities report:

"The new Chairman appeared to be pragmatic and less focused on the theoretical assessments."

The FED's actions and the trade war tension work in favor of the further gold price increase. The price of gold increased after the proposed sanctions of the U.S. prompted traders to question the stability of the dollar currency.

On Wednesday, 28th of March, gold prices continued to adjust.

"The threat of total rejection of the risks caused by trade problems has weakened, but some risky steps are likely to affect the currency. Uncertainty prevails on the market."

The arrangement of Donald Trump with South Korea allowed to eliminate friction between the two countries. Trump’s administration considers the secured trade deal a "victory" for the President and the proof of the fulfillment of the presidential campaign promises. South Korea will not pay higher duties imposed on steel and reduce the export of alloy in the U.S. by 30%. The trade agreement strengthened the U.S. currency and had an impact on the price of gold.

On Thursday, 29th of March, analysts at Goldman Sachs Bank stated the positive trend in the growth of prices of the precious metal. The reasons for this forecast are as follows:

According to statistics, the price of gold in four out of six previous U.S. Federal Reserve rate hikes has unmistakably increased, noted Goldman Sachs.

"The global economic impact of imposed tariffs can be considered insignificant, even if they are implemented in full compliance... We expect that any retaliation will be moderate, yet the consequences for financial markets, including gold, can be much greater. " According to analysts at Capital Economics, the best time to invest in gold has come.

On Thursday, the price of the yellow metal was $1,325 per ounce.

It’s price slightly adjusted in connection with the long Easter weekend, and on Friday, 30th of March, amounted to $1,325 per ounce.

Bill Baruch, the president and founder of Blue Line Futures sees the huge potential of gold:

"I expect the U.S. dollar to lose another 5% this year. It will be optimistic for gold. "

Jasper Lawler, head of market research at London Capital Group, noted that the gold market is just biding its time, waiting for the spark that will start a new rally.

Increased volatility and weak stock markets will continue to support gold, said the head of investment research ETF Securities. According to analysts, we all can expect an increase in demand for gold bars. An interest in investment gold will kick-start the price growth of the yellow metal up to $1,400 per ounce.

On Monday, 2nd of April, the dollar fell significantly due to China's response to the United States of America. On Sunday, China announced the imposition of steep import duties on 128 American products.

Beijing explained its actions, wishing to compensate for the damage caused to the Chinese state because of the tariffs on aluminum and steel imposed by America.

On the backdrop of trade war, the price of gold increased to $1,341 per ounce.

On Tuesday, 3rd of April, the dollar was under pressure, and gold rose in price because of the ongoing trade war between Washington and Beijing.

Financial analysts forecast an increase in demand for investment gold, since only by purchasing the yellow metal people will be able to protect their assets and create their own gold reserve.

Gold is the foundation of Financial Security.

An optimistic 2018 forecast is given by experts from the World Gold Council. Analyst John Reade believes that the weakening of the U.S. currency can help sustain the price of the yellow metal, while the planned growth of the Chinese economy will further stimulate the rise in prices of the precious metal.

Together with Global InterGold you can strengthen your financial security.