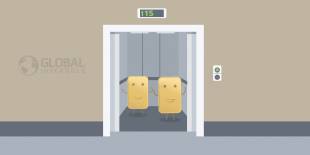 Gold prices have risen sharply. What are the key factors affecting the precious metal? Let us tell you in our weekly report.

On Tuesday 29th, the dollar fell sharply because of North Korea's actions. The Pentagon official, Rob Manning, confirmed that a North Korean missile flew over the territory of Japan. Manning hastened to calm down the Americans:

“North American Aerospsace Defense Command, or NORAD, determined the missile launch from North Korea did not pose a threat to North America.”

The opinion of BMI Research analysts was published in The Wall Street Journal:

"[...] a further escalation of the war of words between U.S. and North Korean officials would temporarily boost gold prices."

The price of gold as a safe-haven asset, soared to $1,309 at the beginning of the week.

On Wednesday 30th, when gold reached $1,307, the euro suffered from a downfall related to the Brexit issue. In the European Union, the advancement of negotiation process with Britain is being encouraged.

The former French Foreign Minister and former Vice-President of the European Commission – at present, the head of the EU delegation – Michel Barnier:

“We must start negotiating seriously. [...] And the sooner we remove the ambiguity the sooner we will be in a position to discuss the future relationship and to a transitional period.”

Against the background of the conflict between the US and North Korea, the geopolitical situation get under international control of the UN. According to its statement:

“It is of vital importance that North Korea take immediate, concrete actions to reduce tension.”

On Thursday 31st, the precious metal’s performance was influenced by the report of the US Department of Commerce.

According to the published data, the growth of the US economic recovery accelerated. Inflation fell sharply to 0.3% in the second quarter, the number of employees in the private sector increased by 237,000, while GDP growth equaled to 3%.

On Friday 1st, the major US stock indexes recorded a rise in gold prices. Experts say that a weak increase in the wages of Americans can make the Fed cautious in raising the interest rates this year. On the first day of autumn, a gold ounce was worth $1,325. The decline in the US currency was influenced by the opinion of the US Treasury Secretary Steven Mnuchin who said that a weaker dollar could bring advantages for US trade.

Goldman Sachs economists do not consider the published data relevant:

“...August is a holiday month of weak activity, everyone understands this and nobody will seriously consider these data ( the US Department of Commerce report). Much more important will be the data of September, October and November on the eve of the December Fed’s meeting.“

Earlier this week, gold prices soared to $1,325 against the background of general instability in the world and the North Korea’s hydrogen bomb testing.

Economist at Capital Economics, Paul Higgins, came out with a positive outlook. He believes that the price of gold will exceed $2,000 by the end of 2017:

“Our forecast is based mainly on the fact that the threat of the Eurozone collapse will once again underline the strengths of the metal used as a safe haven.”

Keep an eye on the world’s market.

Start building up your prosperity today.