Does gold actually protect against inflation? 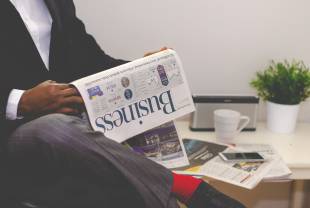 Currencies depreciate, which means that for the same amount of money we can buy less andless goods every year. Let's study the impact of inflation on the consumer purchasing power and find out why investing in gold is extremely profitable.

“Inflation is the one form of taxation that can be imposed without legislation“.

The concept of inflation derives from the Latin "inflatio" – “swelling” of prices for goods and services. Depreciation of money leads to a change in the value of goods in the long run. High inflation does not allow buyers to purchase as much as before by reducing their consuming capacity.

If prices rise gradually, this is creeping inflation; usually its growth ranges from 3% to 5%. This type of inflation is frequently observed in developed countries. On the one hand, such inflation depreciates the savings of people and reduces their opportunities; on the other hand, it stimulates the development of manufacturing.

As a result of galloping inflation, prices increase by 10-50%.

Hyperinflation occurs if country happens to have extremely vast expenses so that the increase in national prices may exceed 50%. The depreciation of money is accompanied by wars, crises and economic shocks.

When the government monitors the level of inflation, the economy of the country is under control.

Why is the value of the dollar declining? The more money, the cheaper the dollar. In 1913, the United States introduced the Federal Reserve Bank system which allowed the money to be printed in unlimited quantities. That is how funds not backed up with gold appeared in the market.

In 1934, the stock of money exceeded the gold reserves. The government decided to reduce the value of the dollar by 41%, which led to an increase in gold prices. So, the cost of an ounce of gold which was equal to $20 before 1934, jumped to $35. Inflation in the USA

With such figures, America takes the 11th place in the world in terms of inflation (all figures are based on official data of the Bureau of Statistics of the US Department of Labor).